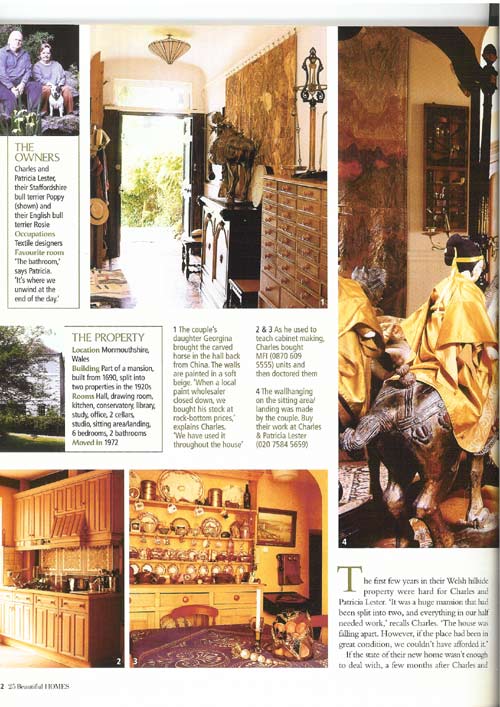 The first few years in their Welsh hillside property were hard for Charles and Patricia Lester. ‘It was a huge mansion that had been split into two, and everything in our half needed work,’ recalls Charles. ‘The house was filling apart. However, if the place had been in great condition, we couldn’t have afforded it.’ If the state of their new home wasn’t enough to deal with, a few months after Charles and ——-

——–Patricia move in, tragedy struck in the form of a major fire. ‘It was so serious that it was actually shown on the news,’ recalls Charles.

Substantial damage occurred, including the loss of the roof.Even worse, as it occurred during the miners’ strike, the couple had to eat by candlelight during the power cuts.‘The fact that the house had previously been divided into three flats meant that the best kitchen was on the top floor, so we had to cook up there and bring the food down to the ground floor to eat it,’ recalls Charles.

Converting the house into a habitable state took many years.Gas lighting and lead pipes had to be replaced, and the place hadn’t been decorated in ages.At the time they were tackling their home and bringing up their daughter Georgina, Charles was working as a textiles physicist, while Patricia had started up a textiles business.Despite the pressures on their time, they refurbished every room themselves.‘We were terribly ambitious,’ says Charles.‘When I was at work, Patricia would get up on the scaffolding and paint the outside walls.It took us eight years to decorate all the rooms.’

Located in grounds featuring mature trees and a pond, the house is accompanied by a ruined chapel that the couple built beside it.Ruins are a bit of an obsession for Charles and Patricia, who collect stone wherever they find interesting buildings being demolished, and hoard it for future projects.This passion for the past means that their home’s interior also exudes a timeless quality.However, the couple don’t despise mod cons by any means.The kitchen is an efficient space, while comfort is an important part of all the reception rooms.

One of the most striking aspects of the house is the collection of pleated silk wall hangings.Patricia devised the technique for using signature hand pleated fabric to create tapestries and, with Charles, has transformed her little dressmaking company into a business that supplies fashion and textiles to the worlds of film, stage and opera.The couple’s work has appeared in the film The Wings of the Dove and celebrities such as Elizabeth Taylor and Barbra Streisand regularly buy from their collections.So it’s not surprising that, when decorating their home, the Lesters hung what they call ‘wearable art’ on the walls.

One particularly impressive item is the wall-hanging on the sitting area/landing, which was inspired by the burning oil wells of the first Gulf War, and required 100 yards of silk.‘You “lose” about two thirds of the fabric in the pleating and stitching,’ explains Charles.

Perhaps it’s fortunate that, when this old house came on the market, the Lesters were there to snap it up.Their flair is the perfect match for this grand old property and, despite the disasters of the early days, the couple have no doubt that buying their home was one of the best decisions they have ever made. 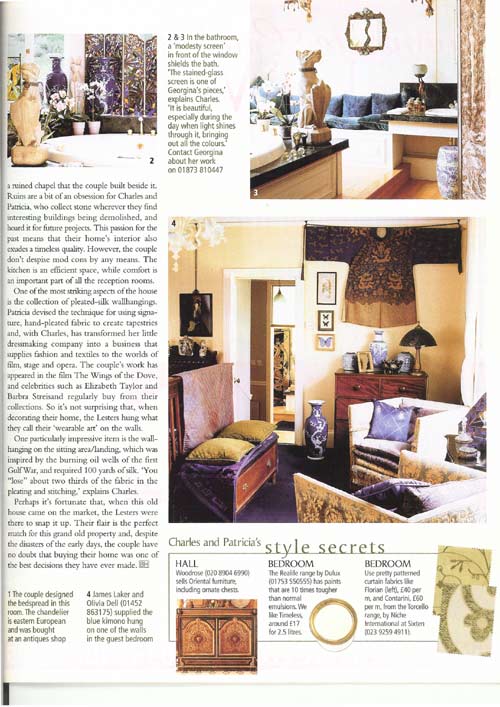 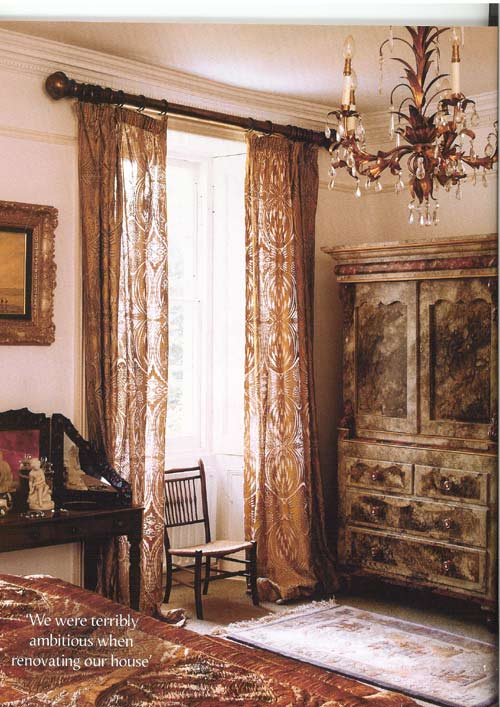